“10 years from now, what will you have wished you’d done?” 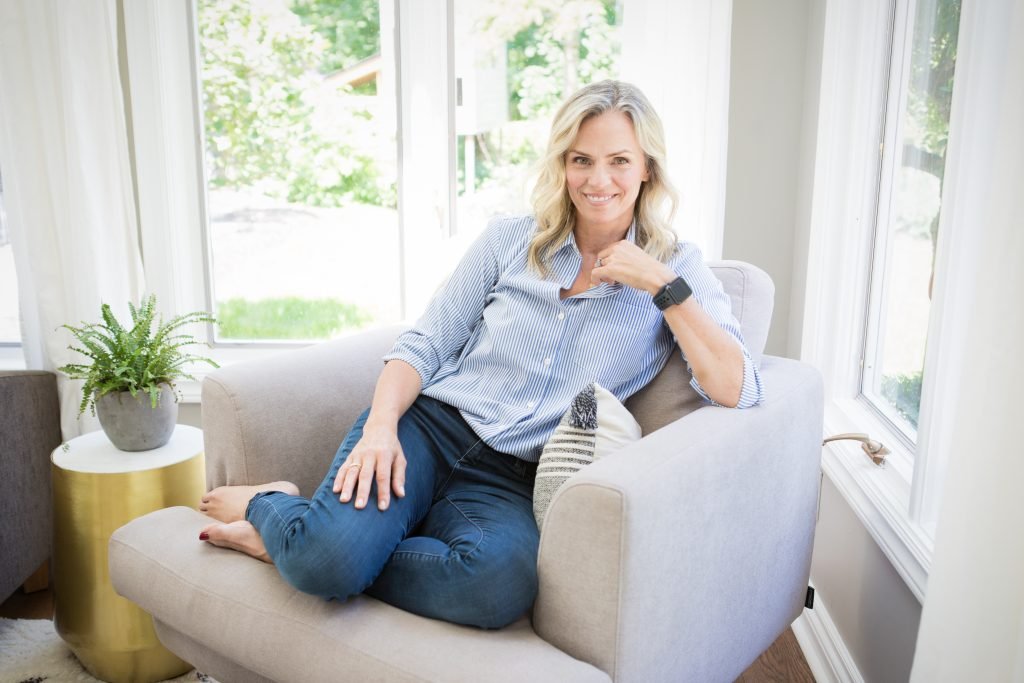 I’m Monique Kavelaars. I always think I’m an athlete at heart. That’s been my calling, my passion.

I used to be a fencer, but I was a kid who would have gone to the Olympics in any sport if someone would have said, hey you’d be good at that. I wanted to be in the Olympic family. I didn’t necessarily want to be a fencer. And then, in my journey, I found fencing through multiple different sports on the way. I found a community that was great, and a group of women that I loved. Usually, you start when you’re 10, not 17. So, I was a late to the party but through the group of women I was working with and great coaches, I was able to go as far as the Athens Olympics in 2004.

When I was 30, I sold everything and moved to France to train. Everybody was making money, buying houses and cars, and I was on this totally different path. It was great because I moved to a bubble where nobody knew what I was doing, so I had nothing to identify with. It was my own gold dream intrinsically, nothing external, no pressure.

In that time, I had met my husband; he was also a professional athlete who was living in Sweden. So even though I was supposed to go back home, I moved to Sweden to be with him and we got married and ended up staying there until we came back to Canada together in 2015.

I’ve been able to be an athlete, a wife, a mom, and now also an entrepreneur, and find myself figuring that out. I’m stumbling. I don’t know where I’m going, but I find myself pulling on a red string that’s guiding me towards something else that I didn’t know I was going to get to.

So, that’s where I am right now. I work with a gentleman, named Peter Bedard, who has an organizational development company. My passion is getting a group of people to think bigger than themselves. That, as the humility quote goes, not to think less of yourself, but think of yourself less, and how, as a group, we can achieve something greater than ourselves, and when we do, how purposeful it can feel.

I had a baby at 39 and so I think around 42 or 43 I realized that my body was starting to feel different and that was a big transition. It made me look around at women older than me and notice them differently. I’d ask myself, there’s a light in her eyes, what is she doing? How is she flowing? What is she tapping into?

Having kids late in your life kind of makes you young at heart a little. For so long it had been about me and then suddenly it really wasn’t. I was 43 when we moved from Sweden to Canada. I’d lived in Europe for almost 13 years, so that was culturally transition.

But I think around 43, 44, I was like, wow, this is going fast. I asked myself, what do you want to do? It was harder to dream about what I wanted for myself than when I was younger. Now my choices affect other people, my spouse, and my children. So, it muddied the waters a little.

Back then it was so certain, and now the goals aren’t nearly as obvious as they were when I was training with dreams of going to the Olympics. I’d love more clarity.

When I’m prepared. Sometimes when I’m going for a run and I’m really just pushing it, connected with my body, when I’m powerful, when I make time for myself, so I can serve others. I really don’t mind serving others. I love making a good meal. I just know if I’m not filling my cup up, I don’t feel powerful or taken care of. And it’s something that nobody else can give me. Nobody else can provide me with that except self care. That feels powerful. A good run, being prepared, feeling a sense of power. I don’t know. It’s a good question. I think those would probably be it. Prepared and connected to my body. That’s it.

After that, my health and fitness. Health would be a big one on that list. I would say my career, but I’m not so driven by career in the context of success or money, but finding meaning and purpose out of it. So, that would a priority for me. Not necessarily the dollar figure. And I’m pretty fortunate that I’m not in a situation where, I’ve never been really motivated by that. There’s always enough at the end of the month, so I’m okay.

How are my actions aligned with what’s most important to me? Check-ins. I make a priority list of my day every morning when I get up. Getting my kids to and from school and being present for them. It’s neat kind of checking in with them and following their day, and seeing them comfortable in their own skin, figuring it out, makes me feel like that’s in line with the priority.

I guess taking care of my fitness and just reminding myself, my health, how I’m moving in the day. And work-wise, career-wise, I’m always… Peter, who I work with at People First, is fantastic. We always remind ourselves of our company value, which is freedom, because we both want the freedom to be able to go to our kids soccer game, manage our clients, support them, but not be, we really support each other and say, I got to go to tennis. Or, he’s got to go to this. I know his priorities, so that we align. We are fortunate that way.

With my children, I think I’m planting seeds by trying to be real, honest, and authentic with them. Because I’m always thinking about our relationship when they’re in their 20s and 30s. What would I like it to look like? That’s always kind of an interesting path.

We had a moment last night with my daughter. She was in the backyard playing basketball. My husband was so patient with her for an hour. They didn’t speak. She was determined to sink five baskets in a row. At one point, there’s darkness outside. And I’m like, what are you guys doing? I came outside, and our little guy, he was frustrated, but he was also in awe of her. She’s not giving up.

And so there’s this little seed being planted where all of a sudden she landed the fifth basket. I could almost tear up thinking about it. She ran over to her dad, crying, “I did it!”. He looked at me, his little lip quivering. It was 45 minutes. We counted. She did about 500 shots. And so, when you talk about planting seeds, those are little moments where I go, those are little seeds and I said to him afterwards, “she will never forget this”. She’s 12 years old and she sat in the garage when it got dark waiting. Daddy just patiently, supporting her along, just saying with his presence, “I’m not going anywhere”. Those are the seeds. It’s a great seed. I love that one.

It’s not scary. It is so fun. If we can get fear out of the way and just let her sit on our shoulder because she’s going to tag along the whole time. And she’s just part of the game. And if you just say to her, listen, I hear you. I know you’re here. It’s going to be okay. Let’s do this together. Usually, she just sits down and gets quiet, she know you’ve acknowledged her. Because that’s the biggest thing. It is with everything. It’s just the fear, the uncertainty. We can create an alternate universe in how we think of possible outcomes. It’s catching yourself when you realize that your mind is coming in and slamming inside with this reptile thinking of fear. It’s all good. It’s going to fly. It’s going to be fine.

The other thing, I would say is ask yourself, 10 years from now, what would you have wished you’d done? If you’re 40, what would you have told yourself at 30? When I moved to France, I remember people thinking I was nuts. I was 30 years old and they’re like… I shouldn’t say people, I think my parents, my family was like, what are you doing? And I said, “if I don’t do this now when I’m 40 I’m going to think I’m just the dumbest person in the world, who was too afraid to jump”. So, jump. Even if you land a little funny. It takes courage but on the other side of it is something awesome. You just don’t know what it is yet.

People can connect with me through LinkedIn  and our website. I am always open to chatting with people. Again, my job is working with teams of people and trying to get executive teams, or any group of people to figure out the purpose in what they do. I help teams work together and understand each other better. So that’s my job. f they want to talk to me about any of that, I love that.