“I’ve started to question what I fill my life with.” 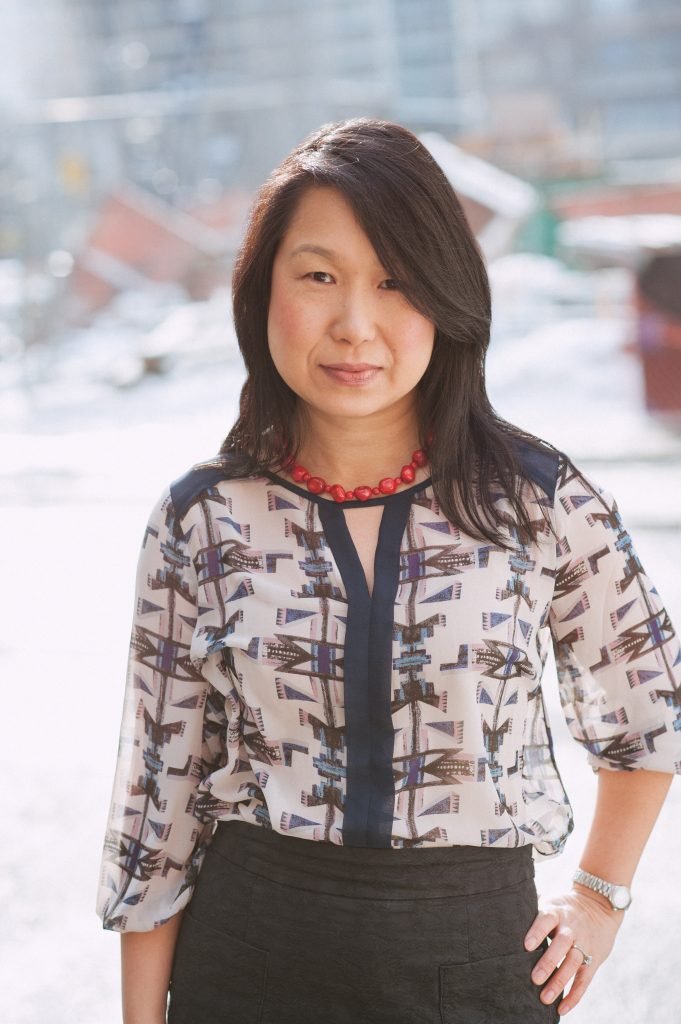 I’m Margaret and I’m over 40. Career-wise, I’ve always been passionate about consumer insight. I work within the market research company at a CPG company, and I live outside of Toronto. I’m also passionate about animal rights and about de-stigmatizing mental health in the workplace. Recently, I’ve gotten really into self-care — particularly mindfulness — because I live with depression and I find it really helps me. All my life I’ve been a runner so slowing down is something I never thought I would be able to embrace. For me, it’s always go, go, go. Yoga felt too slow and passive when all I really wanted was to get my heart rate going. Now, with the experience I have, I’ve really learned the importance of mindfulness and just taking time for myself.

I would say that it would be really having confidence and knowing who I truly am now. Before, I was more who I thought other people wanted me to be, as opposed to who I really am and who I want to be. For me, I guess, with age comes a confidence. As I lived through more life experiences, I learned more about myself and dug a bit deeper into who I really am. When I was younger I went through life and was busy with my work and building my career and I didn’t have time for anything else.

Just recently — within the past year — I’ve started to question what I fill my life with. It can’t be 100% work, chores, and running errands. It’s got to be more about who am I as a person and what can I do in life because I don’t want my tombstone at to say that Margaret was a rock star researcher. I want to go beyond that in terms of a purpose to help the greater good. Something like, “Margaret helped to de-stigmatize mental health in the workplace,” or “… de-stigmatize medical marijuana,” or something that really helps others moving forward.

I’ve basically been through a few bouts of depression and it wasn’t until this last round that I really, really internalized how I don’t want to be and what I need to do to avoid being that person.

I’m most powerful when I follow my heart and my gut. As I mentioned, as of late, two things that I’m really passionate about are de-stigmatizing mental health in the workplace and self-care, and I would say, to a lesser extent, de-stigmatizing medical marijuana, not recreational, but medical. I’ve seen the benefits for myself because my dad, had chronic pain and when he was introduced to CBD oil from my nephew, who happens to work in the industry, he said it actually got rid of the pain.

That really opened my eyes. Chinese medicine also used to have a stigma around it but as the healthcare community embraced it more, it became more and more mainstream. That’s where I see medical marijuana going but it’s going to take a while yet because the whole recreational marijuana piece sort of clouds that.

The other reason why I’m interested in medical marijuana is there have been some studies that show that it may relieve anxiety.

I’m passionate about trying to champion more studies that can show hopefully, some positive impacts of CBD on anxiety and depression down the road.

So I feel that I am most powerful when I am advocating for change that I feel passionate about.

Basically walking the talk. I came out on LinkedIn about my depression in a very subtle way. I have to tell you that my husband was not pleased with me coming out because he thought it was a career limiting move. I just said to him, “Well, if a company can’t embrace who I am…” Because to me, mental health should be a pillar within any diversity and inclusion policy any company has so if they can’t practice what they preach, then I wouldn’t want to work for that type of company.

I know of 3 researchers who have taken their lives due to depression. That knowledge makes me feel like I really have to speak out. I know there are more people. It’s not just me. If nobody says anything then it’s going to always go under the radar. Companies are talking about and celebrating mental health as important, with Bell Let’s Talk day and May as the month of mental health, but it’s important that they include it in the diversity and inclusion policy, and not just talk about it for one day; it should be celebrated or addressed every day.

I think it’s just, again, making sure that I speak my truth and what I’m passionate about. So, I don’t have any kids, but I’m very close to my nieces. They’re eight year old twins and they love coming over to auntie Margaret’s because I’m sort of like a grandparent. I let them get away with stuff, but at the same time, I can be very strict too. They had some problems with being very, very shy and I’m proud to say that I sort of helped them get out of that shell to be less shy. It’s just me telling them, “Just try to be yourself and don’t worry about what other people think.” I don’t know if there’s a twin culture. There must be in terms of just them knowing that they have each other, but I’m trying to get them to sort of do things independently as well and really embrace who they are as individuals.

When they come over, I bake with Nicole, who loves cooking, and with Lauren who loves art,  we break out all the glitter paint and the glue and the construction paper, and do art projects. I try to encourage what they’re passionate about and see where it goes because that’s really important to make sure that they do things that they’re passionate about as opposed to doing things just to keep up with the Joneses, like playing soccer or hockey because everyone else is. With all the social media and bullying, I just want to make sure that they’re happy. So those are two seeds I feel I am planting.

The other thing I would say in terms of planting seeds is, again, just not being afraid to speak out about my truth. I’m hoping that the more the discussions there are about it [de-stigmatizing mental health and medical marijuana], the more people will talk about it, resulting in more education and less barriers in the future.

What advice would you give someone who’s interested in redesigning midlife?

It all goes back to what really drives you and what are you really passionate about. Believe in that. Believe in yourself. For me, as long as I know I’ve said what I’ve had to say, I will be able to leave this world and be proud of what I’ve done regardless of how big or small it is. The point is, if one person listens and one person feels less stigmatized because of that or if more importantly, I can help save somebody from self harm, that would be the most important thing. I think just being yourself, speaking your truth and doing what you can in your power to be the best to help society by just speaking out.

People can connect with me or send me messages on LinkedIn.