“The biggest shift for me, after 40, was my power to create the life I want to live.” 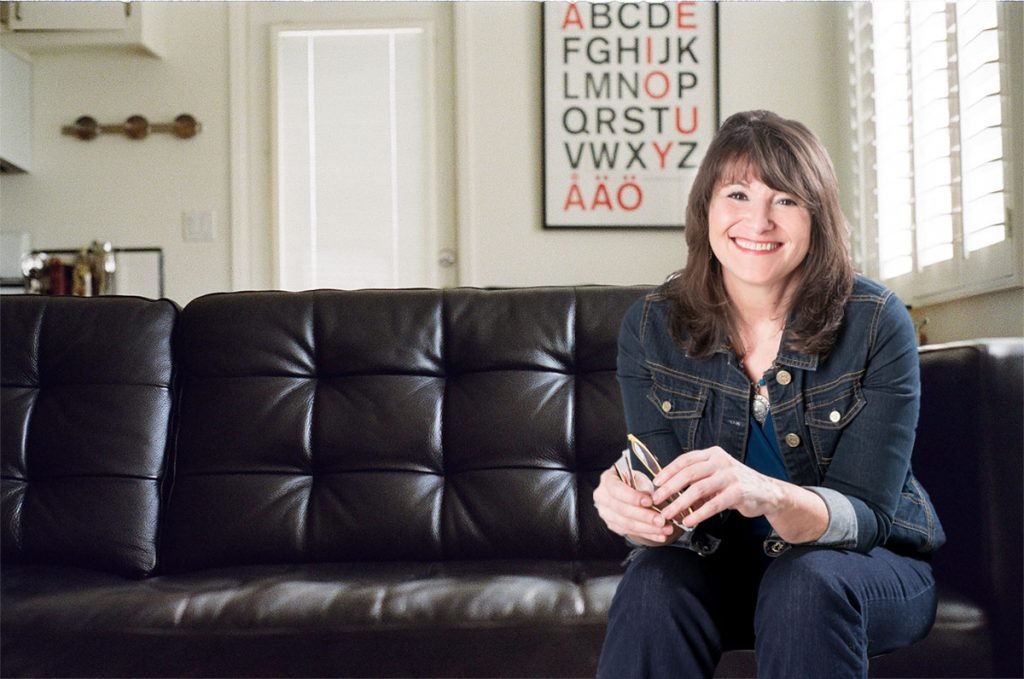 I’m Melinda. I’m 57. I lived in New York for 20 years. The only thing New York didn’t have was my guy. So I moved to where he is. I always tell people if you want to find the love of your life, go to the last place you’d ever want to live because that is where they are. For the last 4 years, I’ve lived in Birmingham, Alabama because of love. Luckily my location doesn’t restrict me because I work with people virtually, all over the world.

For 25 years, I was an actress. I’ve always been fascinated by other people’s lives and acting let me experience so many different things. I could have every career, live everywhere, have children or not, I could kill someone and still go home for dinner. I never wanted to be a celebrity. Success for me was being believable in a role, have people pay attention to how the story unfolds and my character’s journey in it.

I did lots of commercials. I did some film, some TV, and lots of theatre. I was even an animated character in a horrible film called Titan A.E. It was set in the future, and the voices were Matt Damon and Drew Barrymore. I was the live action model for Drew’s part.

The cool thing was for a year and a half I got to run around a sound stage and play like an eight-year-old even though I was in my 30s. I got to be a freedom fighting badass in the future, and it was just so fun. The movie, the script, was terrible. But the experience of it was right up my alley. I got to feel what it would be like to have all this courage – which I don’t know that I would, personally, if I were stuck on a spaceship with aliens.

I loved what I was doing so much that the pay was secondary but at some point I started loving it less. I transitioned from acting to directing and writing but I wasn’t getting a steady pay cheque. So, I went into an incredibly non-creative role in corporate America and discovered that after about a month or two that it was soul-crushing and not right for me.

I stayed with it, though.

Over the course of seven years, I went through three different corporate jobs. The interesting thing was that I was perfect from a creativity and talent standpoint for several positions that I applied for within those corporations, and because I didn’t have a fancy schmancy degree, and hadn’t been, in some cases, to journalism school, I was not considered a serious candidate. I even created lots of spec work. I thought “let me show you” I can handle the job. I’ll create something out of nothing. I felt like I kept hitting this ceiling. They wouldn’t even give me a chance. It was really frustrating.

Finally, it was just too much to bear, and I left corporate America without really knowing what I wanted and without a good plan.

I wasn’t married or anything, so it wasn’t like I could just rely on someone else’s income. But I had to leave because it was emotionally draining, and I was finding it impossible to even imagine what I wanted to transition to.

So, I started my own dog walking business because I loved dogs and there is a big need for it in New York City. It was phenomenal! I spent a lot of time walking and thinking, and it just really opened me up. So, when I started to think about what I enjoyed doing, it came back to writing.

Over the course of time I got hired to do some writing. I had some amazing opportunities that were really right place, right time, right stuff coming together. And I loved the freedom of not working for someone else. That was the start my own marketing business, and under that umbrella was video marketing as well as writing. What I realized as I was transitioning through all of these different things, and creating the life I wanted to have, was that I didn’t have to give up acting.

In marketing, I still get to step into the shoes of somebody’s customer and see what it’s like in their life. I got to dig into the things that aren’t usually captured in a customer profile. Things like she’s a mom, she’s 35 to 55, she’s got two kids, she works. Fine, but what else? There is so much more to all of us, beyond all of those neat little titles and labels. And knowing those details makes your marketing targeted. It is the difference between your company or business standing out, or just blending in to the sea of other people, other providers, other companies.

What would you say has been the biggest shift after turning 40 or 50?

I think the biggest shift for me, after 40, was my power to create the life I want to live. I still get disappointed the world isn’t going the way I want it to. But I do know I have control over the choices I make, and that I have a lot of choices. I get that not everybody can just get up and walk away from a job or their marriage. But it’s a choice to stay. So, realizing that I was making a choice by what I was doing and how I was living, was really big for me.

When I’m working in my business. I just get so jazzed when I figure out the answer to a client’s problem. It’s like finding the combination to the locker. I started by asking my client to list the types of businesses he loves working with, and then I dig in and explore them to find out where they all intersected besides him. You keep asking questions, drilling down, and until you realize there are words that show up on all of these idea client websites. And it’s just like bingo! Now we can use that language to target those businesses.

When I hit on something like that, I can’t even tell you how amped up I am about it. It’s like, “okay, this is what I’m meant to do.” It is a powerful feeling.

Well, the first thing that always happens for me is a visceral or gut reaction. It’s all inside and it’s stirring up. I think that the experiences I’ve had, have made me look at my gut reaction to something, and check it with the facts, and then go make the decision. That makes it easier for me to stay true to me.

I’m continually learning. Rather than looking at something and going, that’s not for me, if it keeps appearing over and over again, I think probably is meant for me to explore. I need to learn about it and understand it so that I can move past it or embrace it.

Write down all the things that you dream could be true. Suspend your disbelief! Don’t worry about the plausibility of it, and don’t judge it. Don’t do anything except write it down. Don’t edit it. Just put it on a piece of paper. I always tell people to write it, instead of typing into the computer. It’s too easy to fall into the editing mode with spell check ready to tell you where you went wrong.

Write down everything you think you would love to have or be, and then challenge it. Ask yourself, is it really just a dream? Is it really impossible? And be willing to find out what’s on the other side of your fear. That is a huge one for me. If you are not happy, then be willing to go, okay, I’m going to go see what’s on the other side of that. You’ll be surprised by the confidence and joy you feel when you do it despite being afraid.