“I’m taking on the cult of youth.”

I’m Carl Honoré. I’m 51-year-old dad to a 20-year-old son and 17-year-old daughter. I started work as a freelance journalist in Edinburgh, Scotland, then Buenos Aires where I covered South America for three years for publications like The Economist, The Observer, and The Miami Herald, London where I covered Europe for The Houston Chronicle and then later, The National Post, Canada’s National Paper. The final series of articles I wrote for the Post, before I left in 2001, was about slowing down and that series acted as a segue to writing my first book. Off the back of those articles, I got a proposal together and sold the idea for writing In Praise of Slow. It caught right away and so I had the advance money to focus completely on that. In Praise of Slow came out in 2004 and that transformed my life because it gave me a mission and it gave me the wherewithal to pursue that mission wholeheartedly. I didn’t have to do anything else. I could throw myself completely in. And I’ve been all in ever since. I wrote two more books on that topic, Under Pressure and The Slow Fix and I think of that as my slow trilogy. And now my new departure is Bolder which was published in the UK just before Christmas 2018 and will come out in the rest of the world through 2019 and beyond. I had the slow chapter and now this new chapter is dealing with the whole question of aging and what it means and ageism. The way I think of it is I’ve spent all these years fighting the cult of speed and now I’m taking on the cult of youth.

I always write to exercise my own demons or to do my own existential psychological housework. I was a naturally fast person and I was stuck in fast forward. Everything was a race against the clock. I had a wake-up call which made me realize that I was dashing through my life instead of living it and that was the spark for writing In Praise of Slow and going into that whole world challenging that faster is always better. And the same thing happened with Bolder. I’ve always been quite ageist and had a very grim, chamber of horrors view of growing older and I was pushing it away and pushing it away, and then I had a moment of truth, which is where the book starts, when I was playing at a hockey tournament and I discovered that I was the oldest player there and for some reason that knowledge just rocked me in ways that changed my whole centre of gravity.

You know, I hit 30 and 40 and thought no big deal and then I got into my late 40s and I had that moment, that almost out of body experience about suddenly being horrified at the idea that I was 48. There was something about it that turned my blood cold and I wanted to work out why I was having that reaction and whether it was justified or not. If you take the bird’s eye view, finally waking up to the folly of my own ageism was the big shift that occurred in my forties. It was like Scrooge on Christmas Eve having the visit from the three ghosts and seeing yourself in sharp relief and thinking this is wrong and that there must be a different way of thinking.

And I just began to wonder why I was worried about growing older and whether this profoundly bleak view that I had of later life was true and it set me off on that track. To my relief, I discovered that it’s not true. And I’ve managed to cure my own ageism, I suppose, in the same way I cured my own speedaholism, I am now so much more at ease with the idea of growing older. Like anyone else, I still worry about what the passage of time will do to my health, my finances, my looks, my loved ones. Nor do I want my life to end. But those worries feel a whole lot less daunting now because I know that, with a little luck and the right attitude, lots of good stuff awaits me in the coming years.

Easy answer is when I’m on stage talking and I can feel the room moving with me. That is an extraordinary moment and place to be. I do a lot of public speaking and I know that my style and message really land with people. That’s almost intoxicating to the point of being dangerous. You could very easily fall into an ego trip around it. But that is definitely when I feel my most powerful. But I still think of myself more as a writer and I love words and I suppose sometimes you’re speaking them and sometimes you’re writing them down. When I’m writing, which is a much more private and modest endeavour, and I stumble across the perfect sentence it does feel like a superpower. So I suppose it’s those two things.

Even though I’m only just journaling now, I am actually quite a reflective person I don’t just do things and then move on and forget about them. In fact, possibly to a fault. I look back on things I’ve done, unpack them, think about whether they worked or what could have gone better, what effect they had and how they landed with people. So I’m in a constant internal dialogue with myself about what the impact was what the effect was. That way I’m keeping an eye on my own truth my own honesty about whether I’m practicing what I’m preaching. I think it also helps to have people in your life that will call you out. My family is really good at that! They are another level or layer of self regulation.

In some ways, I’m going to sound self-obsessed but this whole journalling thing for me is really useful. I just know that I’ll look back on these things ten years from now and be able to re- experience and revisit things that I’ve gone through in a way I wouldn’t before if I hadn’t written them down. I just feel like this journalling thing is a big project for me. Project Carl. Working a little bit more hands on on myself then I’ve ever done before. So I think of the journalling as a real seed. But you know, because of the nature of my work I feel like I’m constantly scattering seeds around whether it’s through writing. speaking, or just being part of events. I feel like each one of my books is a seed. This is now my fourth big seed, Bolder. I’m not sure what it will grow into but already it seems to be resonating with people. So I would say journalling on a personal level and Bolder at the macro level.

Did you learn anything about how to live through the research and writing of Bolder that you’re personally putting into practice differently now?

It’s shifted the dial in a way that’s made me a lot more optimistic about everything. I feel like I’m more forward facing than I was.

The book is not a here’s-how-to-age-better manual although obviously, it gives you all the things you need to know to do just that but it’s more of a cultural look. A lot of the things I was doing already; I have a very healthy diet, I’ve never smoked, I do tons of exercise, and I drink in moderation. But things like learning…I had bought into the idea that learning is something that you do better when you’re younger but that’s just B.S. People go on learning all the way up. And it has actually made me look into taking a course, taking up more stuff, and the importance of novelty. It’s again that metaphor of opening new doors rather than shutting old ones. Or even as old ones shut the importance of making sure you find new ones to open. I feel like I’m more oriented in that direction. Like today I’m signing up for a boxing club around the corner to add that to my repertoire. It’s a different thing and a different way of using your body. Australia would be a better place to do it than the UK but I also want to take up surfing. I’m a big language person and I’ve recently been thinking I wouldn’t mind trying to take up another one. I think that that’s maybe the thing that’s has changed most vividly for me personally, acting on the hunger for more learning.

I would say don’t rush it. Take time. Push pause. Because it could be a big reset you’re undertaking and there’s no rush. This is one of the take homes of the book, I think. You always have more time than you think you do. You may be 46 thinking, “Oh my God. I need to change everything now by the time I’m 47 or 50” and you don’t. You’re probably going to be around for another 40 years. It’s much better to take time now to work out what the next step should be, how are you going to make it, who’s going to help you, who is going to walk alongside you. Don’t rush in.

Do the slow thinking first and then act at whatever speed is right. I think for me that’s the biggest take home on redesigning your life. The other thing is to think about what lit you up early in life. People’s tastes and interests can change but what got you going in the past may be a guide to what will get you going in the future. One mind exercise that’s useful is to imagine yourself on your deathbed — which sounds morbid but doesn’t have to be — and think about what you want on your highlight reel. If the things you’re devoting most of your time to now do not feature, then it’s probably worth recalibrating.

My website is carlhonore.com and you can find everything there from video to audio to books. 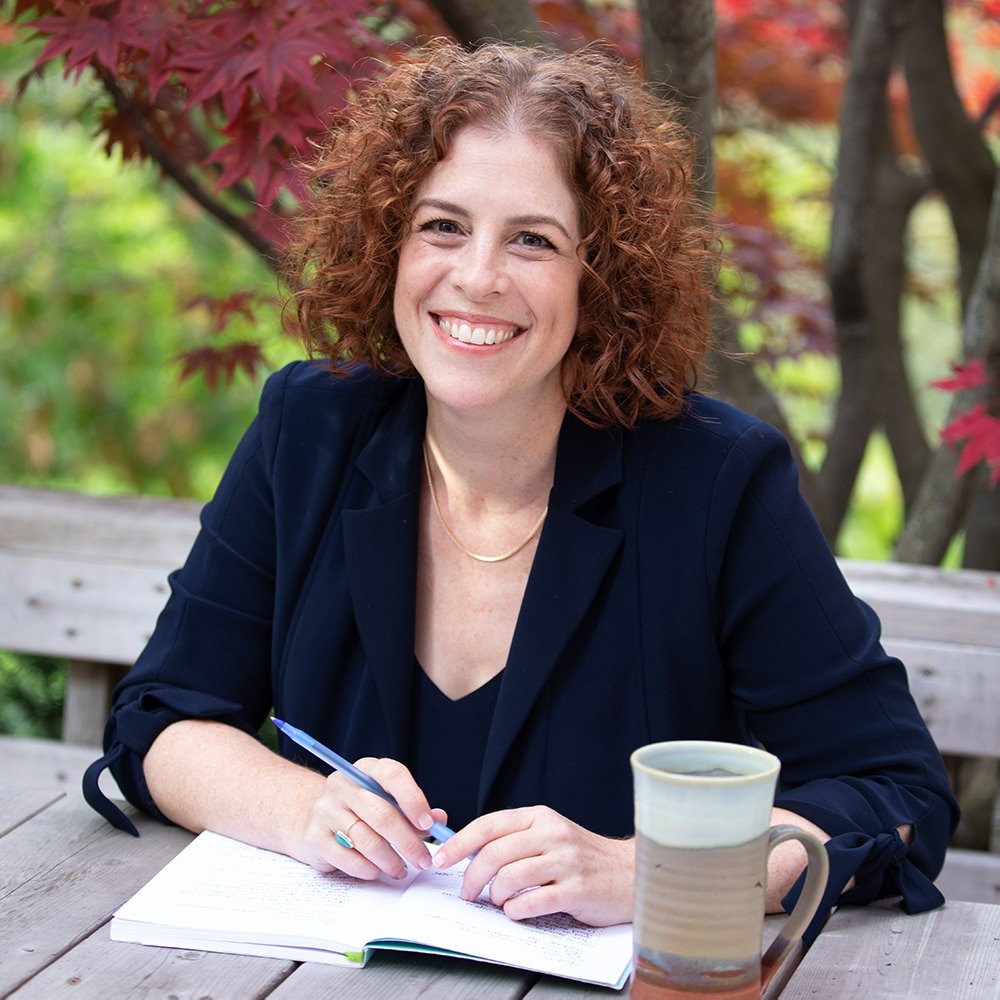